This actually happened in a medium-sized church about 10 years ago. I was a Christian at the time, and I attended the church and taught Sunday school classes occasionally.

Our (Protestant) church had the regular Sunday morning and Sunday evening services, and prayer meetings on Wednesday.

They also had a program of special "seminars" or "workshops" - for instance, for several Tuesday evenings in a row, a group would meet at the church and would deal with the subject of grieving for a lost loved one. Or on Monday nights, several Mondays in a row, people would meet for an hour and do a series of lessons on the book of Esther. Or "women in the Bible." 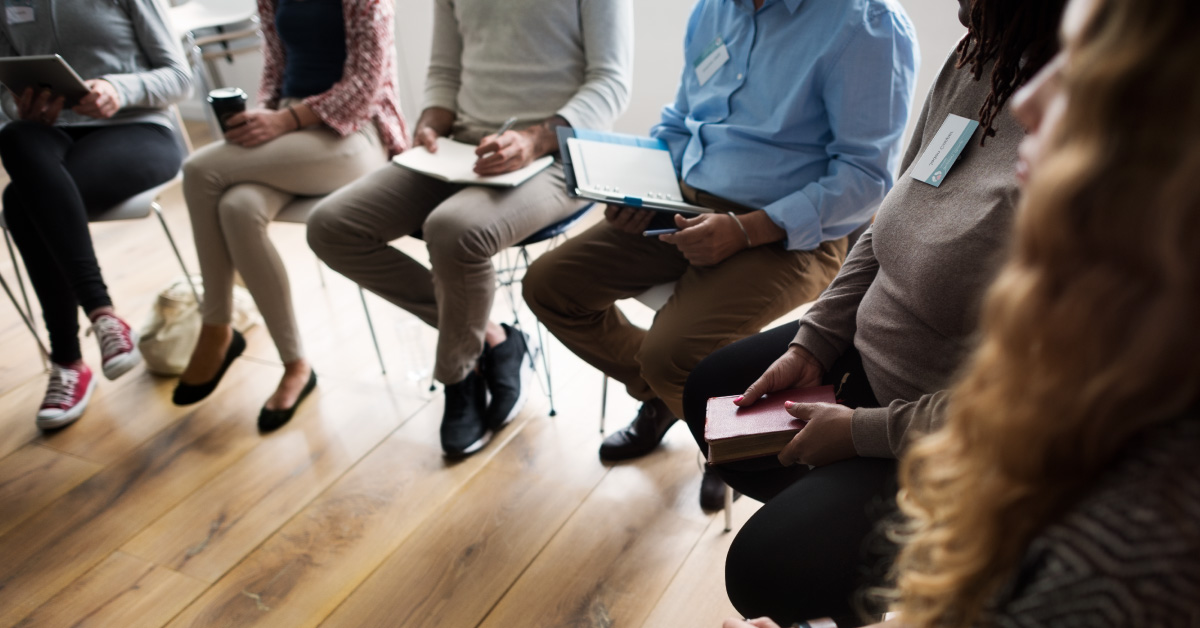 On a particular Friday night, I decided I would drop in on one of these little groups - the topic was "current issues." I arrived on time, and found the room where they were meeting - go past the coffee room into the annex, go up the stairs, and then down the long hallway to the left.

There were about 17 people in the room, and the leader/moderator had set up a television with a DVD player.

He played a video clip that showed a group of people talking informally with their pastor. The on-screen pastor was obviously older than the others, and they were asking him questions about current issues. One of the young people (in the video) asked, "Is homosexuality a sin?"

The elderly pastor (in the video) started talking about love and forgiveness and God's grace, and after about two and half minutes, he finally said Yes, it's a sin.

Our moderator (the live one, in the room with us) turned off the TV. He said to the group, "Let's have some discussion about this."

I waited for the other people in the room to weigh in with their opinions. Then I voiced my own comments.

I said, "This man in the video is a pastor, and he holds himself out as a Christian leader. But when he is asked a simple question about sin, it takes him several minutes to answer it. It's as if he's ashamed of what the Bible has to say about homosexuality. It is clearly a sin. In the Old Testament, it's an abomination (Lev. 18:22); in the New Testament (I Cor. 6:9-10), it's also a sin. I wonder what would have happened if somebody asked him if murder was a sin? Or adultery? Would he tap-dance for two and half minutes before he said yes?"

This little group of Christians was outraged by what I said. They didn't like it at all. The God that they wanted to have was a Mr. Nice Guy, a cosmic care bear ... not the judgmental blood-eating God of the Bible.

They wanted a God who was "woke."   Who was politically correct.

When the session was over, I went home.

The next day, I had a voicemail message on my office phone; it was the moderator who had been there that night (I saved the voicemail recording; I still have it). The moderator (a man I thought I knew pretty well) told me, basically, that what I had said at the little meeting had "caused quite a stir," and he thought it would be better if I didn't come back.

I was reminded of Galatians 4:16: "Have I now become your enemy by telling you the truth?"