More than once, back when I was a Christian, I heard preachers remark how consistent the Bible is - how it was written over a period of many years by different people living in different parts of the world, and yet is completely consistent with itself.

The Bible is in fact consistent with itself in some places, but this is not so amazing, since the New Testament writers would have had copies of the Old Testament to refer to.   In fact, in Matthew's Gospel, he often records an incident, and then quotes the Old Testament passage that supposedly predicted it.

This is just one of those things that preachers say about the Bible - they'll say that it is full of great wisdom, and it's a guide for living.

This always reminds me of the man who has an eight-year-old son who is a horrible child - does poorly in school - starts fights with other children - but if you ask him about his kid, he'll say, "Oh, little Randy is a charming child, and he's soooooo smart."

Biblical consistency?   You might want to look at the four Gospels.

The first three - Matthew, Mark, and Luke - are called "synoptic" because they are very similar. But each author has a private agenda, and he obviously doesn't think he's bound by any kind of historical truth.

Two of the four Gospels - Mark and John - don't even mention the virgin birth.

Matthew's gospel (Matt. 27:52ff) recounts that "many" people came out of their graves (when Jesus was crucified) and were seen by "many."

Many people saw these zombies.

Think about this for just a minute.   A mass resurrection.   Just like in "Night of the Living Dead."

If this had really happened, the other three Gospel writers would surely have made note of it ... but they didn't.   It never happened.   Matthew inserted this - he made it up - because he thought it would make the story better.

In fact, there were real live historians (not Christians) living in Jerusalem at this time (Josephus, for instance).   Not one of them recorded the mass resurrection.

Sometimes when Matthew reports an incident - an incident that is also recorded in one of the other Synoptic Gospels - you find that Matthew likes to embellish it, a kind of "one-upmanship." 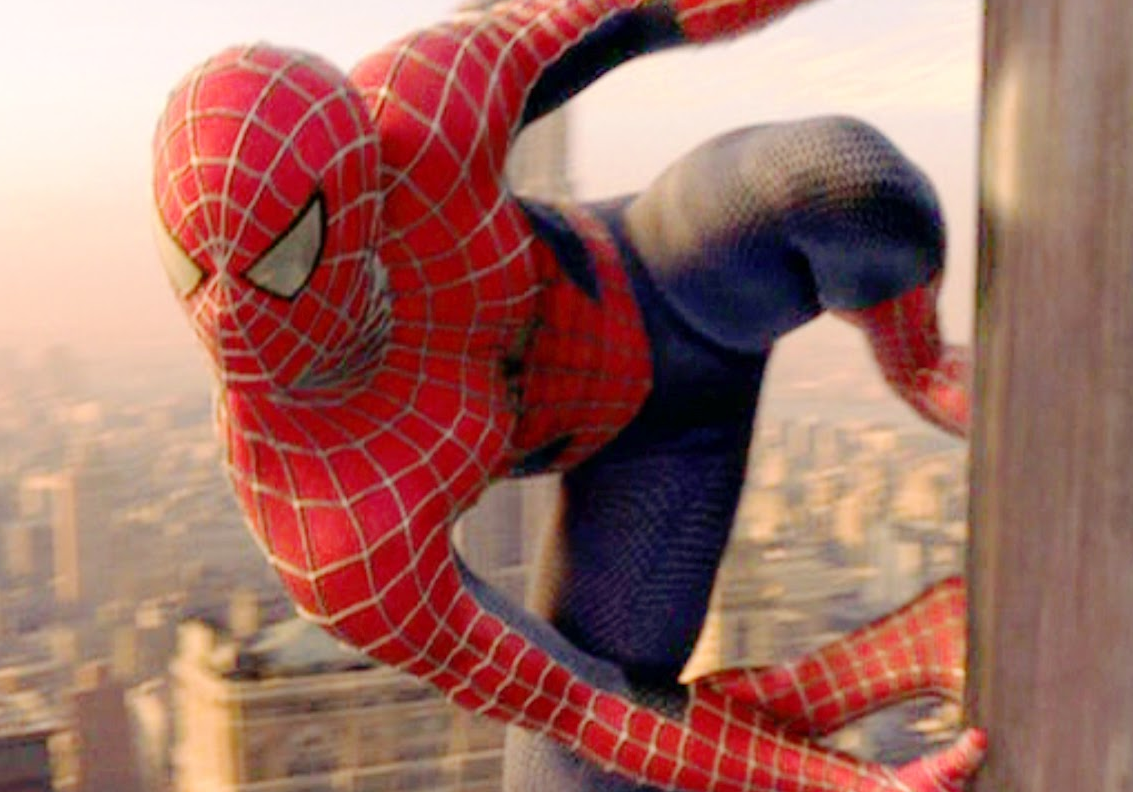 Which brings me to Spiderman.

I was a young child, just starting to read, and I bought my comic books for 12 cents apiece.   Stan Lee introduced us to Spiderman in an issue of Amazing Fantasy in 1962 (that issue is now selling for $71,000.00 in good condition).

I remember all the details of Spiderman's backstory - Aunt May, Uncle Ben, the Green Goblin, the Sandman, "Flash" (the school bully). Peter Parker was bitten by a radioactive spider, and somehow this gave him all of his special abilities.

But in the real world, there is no Spiderman. There never was. He is a character of fiction.

1962 was a long time ago, and nobody cares about the purity of the original story.

Spiderman was reintroduced to a new generation in 2002 with a movie - Tobey Maguire playing Peter Parker. The old "origin story" from the comic book (which was 40 years old) was doctored, tweaked, updated. Why not?

After they made a few movies, they casually changed the origin story (again), and in 2012 Andrew Garfield was suppressing his British accent to play the part of Peter Parker, and Aunt May was played by Sally Field. The absence of Peter Parker's parents was explained with new background information.

And after a few of these Andrew Garfield movies are made, suddenly (in 2016) there's yet another Spiderman with a new origin story, and this time the actor really is a teenager (Tom Holland), and his Aunt May is played by Marisa Tomei, and Spiderman is given a special electronic suit by Tony Stark (Iron Man).

Counting the original comic book origin story, this is the fourth iteration of Spiderman.

It's the same with Jesus and his four different "origin" stories.

Jesus is a myth.

He is a fictitious character; he is "made up." Matthew felt free to make up stuff about him, including the crazy story about the resurrection of "many" saints around the time of the crucifixion.

Matthew wanted to outdo Luke and Mark. And Matthew is obsessed with connecting the (made-up) story of Jesus with stuff that's written in the Old Testament.

John did the same thing in his gospel: he made up a pretty story - it's in the 8th chapter - the story in which Jesus says, "Let him among you who is without sin cast the first stone." It's a great story, and it's featured in every movie that has ever been made about Jesus. It even shows up in Godspell, which is supposedly based on the Gospel according to Matthew (not John).

(I'm not sure that the adulterous woman story shows up in Jesus Christ Superstar).

John's gospel, which was written about 70 years after the events that it describes, contains lengthy verbatim quotes from Jesus (see John 14-17, four chapters which are basically one long dissertation by Jesus).

It is almost certainly true that after the Gospels were written (by the original authors, whose identity is unknown), they were "doctored" by the monks who made the handwritten copies - sometimes to make them correspond with each other a little more closely. The guys who made those handwritten copies didn't seem to mind "correcting" things. Scholars are pretty sure that the ending of Mark's gospel (Mark 16:9-20) - where it "fleshes out" the story of the resurrection of Jesus - was not in the original version.

The story of Jesus is a suffering hero myth, and "truth" (especially historical truth) has little or nothing to do with it.

The point of the Jesus story isn't whether or not it's true; the point is to make a point.

And there's reason to believe that the book of Acts also belongs in the "myth/legend" category.

What they don't tell you is that

• Many of those "thousands and thousands" of New Testament manuscripts are just a page or two - something that was found in an ancient garbage dump.

• In every case where we have more than one manuscript of the same passage, no two of them match - there are thousands and thousands of "textual variations."