How I Know the God of the Bible Doesn't Exist

That being said, I think I can prove that the God of the Bible does not exist (I'm not sure I can say anything about the OTHER gods that people believe in). 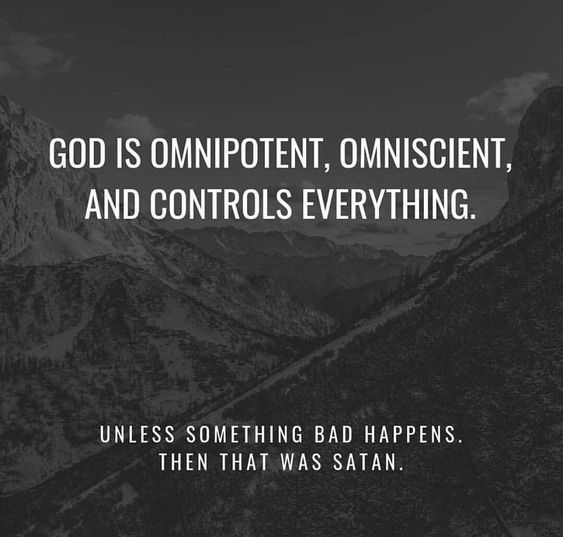 Many years ago, I read a book called Joni. It is the autobiography of one Joni Eareckson. She's a Christian. Her story is, basically, that when she was 17 years old (in 1967), she was out swimming at a lake, and she dived into some unfamiliar water. She struck her head forcefully on the bottom of this shallow lake, and since that time, she's been paralyzed from the neck down.   After years of physical rehabilitation, she has some limited use of one of her hands, but basically, she is still completely paralyzed from the neck down. She lives her life in a wheelchair with a permanent indwelling catheter.

And she's a Christian. You can look her up online. She does artwork, holding a paintbrush in her mouth. And you can buy it online.

One of the reasons that I believe that the God of the Bible doesn't exist is ... well, Joni Eareckson.

In her 1978 book A Step Further, she tells about something that happened long after her accident at the lake. A group of her closest friends, all of them faithful, believing Christians, gathered around her wheelchair and had a prayer meeting. They prayed and asked God to heal Joni Eareckson - to do a miracle - to restore her ability to stand up and walk.

This is how I know that the God of the Bible does not exist.

Jesus said, "And whatsoever ye shall ask in my name, that will I do, that the Father may be glorified in the Son." (John 14:13). Think about that for a minute. If you ask God to do something - in the name of Jesus - it will happen. Jesus didn't mention any provisos or exceptions.

If you ask God for something in the name of Jesus, you'll get it. Period.

All those faithful Christians - all of those people gathered around Joni that night - believed in a God who would do what they asked him in Jesus' name. They asked him for it. This triggers the promise that Jesus made.

When I first read that story, the story about Joni and the prayer meeting, I was a Christian. As best I remember, I was a believing Christian. I myself prayed for Joni to be healed, to stand up and walk away from her wheelchair. I prayed in the name of Jesus.

It's one thing for a person to ask God for $1,000,000.00, or ask for a bottle of liquor, or pray to get laid that night. That's one thing. It's quite another thing to ask for something that is helpful and good and wonderful, like healing for a paralyzed woman who clings to her belief in a God. A God who makes promises to her.

Nothing happened. Because nobody was there - no healer, no magic Sky Daddy, no Imaginary Superfriend, no God.

And that's how I know that the God of the Bible does not exist.