The date was December 20, 2005. John Jones III, a federal judge in Harrisburg, Pennsylvania, was due to issue his ruling in the case of Kitzmiller et al. vs. Dover Area School District et al. It had been a watershed trial, and Jones's judgment would decide how American school children would learn about evolution.

The educational and scientific crisis had begun modestly enough, when administrators of the Dover, Pennsylvania school district met to discuss which biology textbooks to order for the local high school. Some religious members of the school board, unhappy with the current text's adherence to Darwinian evolution, suggested alternative books that included the biblical theory of creationism. After heated wrangling, the board passed a resolution requiring biology teachers at Dover High to read the following statement to their ninth-grade classes:

The Pennsylvania Academic Standards require students to learn about Darwin's Theory of Evolution and eventually to take a standardized test of which evolution is a part. Because Darwin's Theory is a theory, it continues to be tested as new evidence is discovered. The Theory is not a fact. Gaps in the Theory exist for which there is no evidence ... Intelligent design is an explanation of the origin of life that differs from Darwin's view. The reference book Of Pandas and People is available for students to see if they would like to explore this view in an effort to gain an understanding of what intelligent design actually involves. As is true with any theory, students are encouraged to keep an open mind. 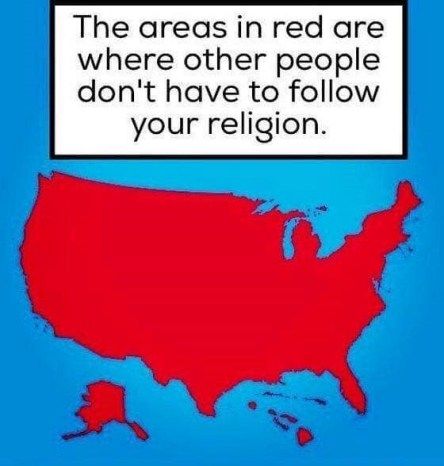 This ignited an educational firestorm. Two of the nine school board members resigned, and all of the biology teachers refused to read the statement to their classes, protesting that "intelligent design" was religion rather than science. Since offering religious instruction in public schools violates the United States Constitution, eleven outraged parents took the case to court.

The trial began on September 26, 2005 and lasted six weeks. It was a colorful affair, justifiably billed as the "Scopes Trial of our Century," after the famous 1925 trial in which high school teacher John Scopes, from Dayton, Tennessee, was convicted for teaching that humans had evolved. The national press descended on the sleepy town of Dover much as it had 80 years earlier on the sleepier town of Dayton. Even Charles Darwin's great-great-grandson, Matthew Chapman, showed up; he was researching a book about the trial.

By all accounts, it was a rout. The prosecution (for evolution) was canny and well-prepared, the defense (for "intelligent design") lackluster. The star scientist testifying for the defense admitted that his definition of science was so broad that it could include astrology. And in the end, Of Pandas and People was shown to be a put-up job, a creationist book in which the word "creation" had simply been replaced by the words "intelligent design."

But the case was not open and shut. Judge Jones was a George W. Bush appointee, devoted churchgoer, and a conservative Republican - not exactly pro-Darwinian credentials. Everybody held their breath and waited nervously.

Five days before Christmas, Judge Jones handed down his decision - in favor of science.   He didn't mince words, ruling that the school board policy was one of "breathtaking inanity," that the defendants had lied when claiming they had no religious motivations, and, most important, that intelligent design was just recycled creationism:

It is our view that a reasonable, objective observer would, after reviewing both the voluminous record in this case, and our narrative, reach the inescapable conclusion that ID is an interesting theological argument, but that it is not science ... In summary, the (school board's) disclaimer singles out the theory of evolution for special treatment, and misrepresents its status in the scientific community, causes students to doubt its validity without scientific justification, presents students with a religious alternative masquerading as a scientific theory, directs them to consult a creationist text (Of Pandas and People) as though it were a science resource, and instructs students to forgo scientific inquiry in the public school classroom and instead to seek out religious instruction elsewhere.

Jones also brushed aside the defense's claim that the theory of evolution was fatally flawed:

To be sure, Darwin's theory of evolution is imperfect. However, the fact that a scientific theory cannot yet render an explanation on every point should not be used as a pretext to thrust an untestable alternative hypothesis grounded in religion into the school classroom to misrepresent well-established scientific propositions

- from Why Evolution is True by Jerry Coyne