Christians get angry at atheists (and atheism). I think I've figured out why.

When atheists express their beliefs (or lack thereof), Christians understand it to be an attack on their god.

Imagine that I have a younger brother named Freddie. He has some physical problems, some birth defects. He walks funny, and his voice is weird. He's only 5'4" tall. He always looks unkempt. He's a good-hearted kid, but he lacks somewhat in the social graces. His IQ is around 61. He drools just a little bit.

One day I'm at a party, and you and I are introduced to each other. You say, "Your name is Joshua Washburn? Are you related to Freddie Washburn?"

You smirk. It's almost a sneer.

You say, "Freddie Washburn is in my class at school. He's some kind of a duck-faced weirdo. A real ree-tard, alway snuffling his nose, talking like some kind of fucked-up Chinaman."

Your voice drips with condescension.

I punch you in the face, hard, twice. You are unconscious when you hit the floor. As I leave you lying there, I make a remark about your relationship with your mother.

I have an older brother named Pete. Pete is large, muscular, and sociopathic. He was kicked out of his karate school for unnecessary roughness. He was expelled from high school for bringing an 11" switchblade (and that's just the BLADE) to class. He has a criminal record. He is ... scary.

So ... you and I are introduced to each other at a party. You say, "Your name is Joshua Washburn? Are you related to Pete Washburn?"

You smirk. It's almost a sneer.

You say, "Pete Washburn is in my class at school. What a big fat fucked-up guy he is! I bet his dick is about 1" long. He has a face like a bulldog's ass."

I am suddenly concerned for your safety. I say, "Hey, man!!! If Pete ever found out you're saying stuff like that, he'd kill you!! Don't worry, I won't tell him, but ... be real careful when you talk about him. He's dangerous." 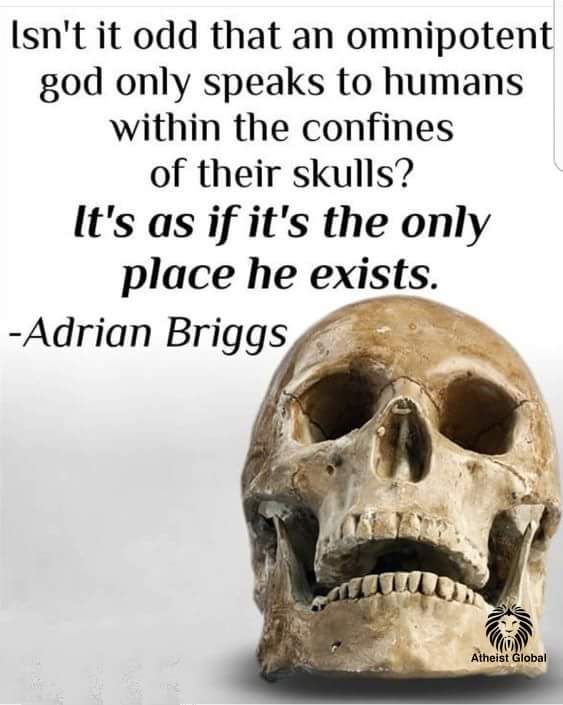 Christians don't see their god as a Pete - powerful and strong and dangerous. They see him as little Freddie - a bumbling mentally-challenged type who pouts and cries in the dark if you hurt his feelings. If they REALLY believed in the god described in the Bible, they wouldn't care if I bad-mouthed him - they would just shrug and say, "I hope god doesn't hear you talking that way."

Deep in their hearts, they want to protect their pet god from insult, as if he's a blind, helpless puppy.

By the way ... on a slightly different topic ... people who use lots of profanity, people like me, are generallly smarter than everybody else.   When I read this, I said, "Well fuck me!!"